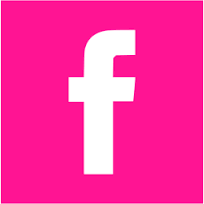 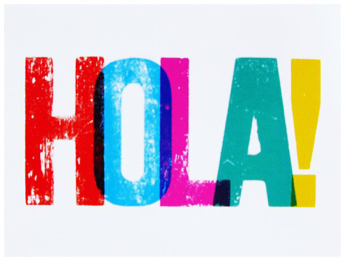 "Highly Recommended! I knew some "get-by" Spanish before I took Renny's class. I learned twice as much Spanish as when I started. The class was very helpful. After completing the class in a few short weeks I have a much better understanding of what I'm doing and have a lot more confidence."
- Karl Parker

Read More What Others Say

What Former Students Say about Crash Course Spanish with Renny:

This is a great class for building the foundations of Spanish. The material is well organized, presentation is clear, concise and easy to follow. I would recommend this class to anyone wanting to get a good start on mastering the language.

I have been getting by with mediocre Spanish for years, but always felt very uncomfortable trying to have conversations in Spanish. Taking Renny’s intermediate class has been fun and has really helped me improve my Spanish. I even recently discovered I was able to have a telephone conversation in Spanish, something that would have caused a feeling of panic just a few weeks ago! I appreciated that classes were scheduled just twice a week so I did not have to completely rearrange my schedule in order to take her class. I recommend this class to everyone who wants to improve their Spanish and feel more comfortable in our Spanish speaking community.

Thanks for developing a teaching method that addresses the various ways that people learn. Everyone can learn from your lessons because of the multiple learning styles you recognize. I especially like the easy way you explain difficult topics, and allow us to ask questions and clarify misunderstanding before incorrect ideas were ingrained. This builds confidence. I really like the way you involve the entire class in the lesson. I never thought I’d be speaking so fast and doing so well with just one class. Thank you!

I am a “true” beginner in attempting to learn Spanish. I was very pleased with the class and feel I have the tools now to further my studies and keep speaking. Renny’s way is most enjoyable, easy techniques explained, and you are speaking really fast with her fun class.

Renny has perfected the art of andragogy. Many adults have a phobia for learning languages for fear of failure, making mistakes or looking foolish in front of others. Renny makes it easy to learn Spanish by removing this fear. She does this in part through her warm and self deprecating nature, by encouraging you to go as far as you feel comfortable in her class, and then gently teasing you to stretch just a bit farther. It is easy to stretch in her presence. I would honestly call her method, “Learning Spanish while Laughing.”

This was my first Spanish class. It was an excellent choice. Renny was an excellent teacher for us, in all levels of understanding Spanish, beginners to those who had some knowledge of the language. At the end of the weeks you will be armed with some basic knowledge of Spanish. Like anything, Spanish is important. Just the right amount of homework. I have asked people I know who have taken other classes from other schools and they had HOURS of homework. So money well spent.

As a teacher, Renny is a pro! Renny is completely fluent. She uses very practical exercises which help the student hear and understand spoken Spanish by native speakers. I have been struggling to learn Spanish for over ten years, through a variety of courses and self-instructional material, but her TWO WEEK LISTENING COURSE was more productive for me than anything I previously encountered. The time in class goes very fast because she keeps you busy and focused, through a variety of exercises. At whatever level you are starting, she will help you.

Good teachers have fun. Renny shows zest, delight, devotion and a true talent for the language. In Renny’s class hard work, learning and fun go together. I am so pleased.

Thank you so much for the firm foundation you have provided me in just this short time. It has been invaluable in helping me understand the language. I’m sorry I had to leave the class before it ended. I can only imagine what a treasure trove there was if I could only have finished.